Celebration of the Jubilee year of political independence is in the air for many African countries. Benin has celebrated hers and Nigeria’s is in the horizon as it celebrates her independence from Britain this October.

Let us remind ourselves that these countries were created by the colonial powers without due consideration of the implications of the demarcation exercise. In the case of Benin and Nigeria, as in many others too, culturally related people were separated by artificial boundaries.

The motives behind the Balkanization was captured in R. Muir’s publication on Political Geography, 1983, that ‘in establishing political territories, each colonial power attempted to maximize its sphere of control that would serve as barriers to the continuous expansion of rival colonial territories and secondly, to control river basins which provided highways for trade, to established coastal footholds and for further inland penetration…’

The Jubilee Year of political independence provides a basis for stock taking on how well the peoples of Benin and Nigeria have fared and the way forward for the two countries with somewhat common heritage but for the partition. This involves the envisioning of programs that would enhance connectivity, improving competitiveness and the promotion of a greater sense of community.

One of such strategies is the economic corridor approach which entails concerted efforts in the areas of transport, trade facilitation and investment. Lagos State Government has started well with its proposed ten lane road and rail connection to the Seme Border and the proposed re-development plan of Badagry. These are flagship projects with overall objectives of promoting economic growth and encouraging cross border trade and investment.

The benefits of cross border business are immense and include the following: networking, exchange of best practice and know how, joint research and innovation, development of synergies, efficient use of resources and the spin off effects of overcoming borders. Taking a cue from other regions of the world, cross border business has several economic value added. Few examples suffice here.

· new cross-border business relationships between producers and suppliers (i.e. network of the Chamber of Commerce in Northern Greece/Bulgaria and in the Czech Republic/Germany (Saxony); at German/Danish border; French/German border along the Upper Rhine; Hungarian/Austrian border).

· new co-operation and sales opportunities for small and medium-sized enterprises; these companies typically operate within a radius of some 200 km from their location, which usually covers the geographic area of the neighbouring border region (i.e. Northern Greece with an entrepreneurship centre for Balkan and the Black Sea states; Finish/Norwegian/Swedish border with the Arctic Investors Network; Spanish/Portuguese border with the forum of entrepreneurs).

· greater catchment area for business activities and services on both sides of the border; in many cases, businesses and services, such as research facilities and universities, waste disposal, recycling and infrastructure facilities, would not yield a profit (critical mass) or not even be available at all in border regions if there was no cross-border cooperation (i.e. joint Research Institute for New Rehabilitation Techniques or Centre for Microscope and Spectroscope Analyses in EUREGIO on the German/Dutch border; cooperation network of universities in Öresund, in the Danish/German border area.

There is no doubt that the Federal Government of Nigeria have not lost sight of the inherent opportunities and gains of cross border business given its concerted efforts at helping to streamline business cooperation in the sub-region. Further, there have been accelerated efforts at sanitizing the activities of the law enforcement agencies at the borders including Seme and Idiroko.

On the other hand, private sector participation remains limited because of lack of information on available opportunities, inadequate investment in cross-border trade logistics facilities and services, poor access to financing, particularly for cross-border investments; and the absence of a forum for dialogue between the public and private sector stakeholders.
Posted by mycompanion at 7:00 PM No comments:

SPENDING ON INFRASTRUCTURE TO RISE IN NIGERIA

One of the issues I think that keep awake all night the leadership of the Federal Government of Nigeria and those looking to replace it is that of improving the lots of Nigerians. Theoretically Yes!

It is only five years to 2015, the much talked about year in which Nigeria, as many other countries in the world are expected to achieve the UN Millennium Development Goals. Also, the home grown Vision 2020 whereby Nigeria hopes to join the community of the twenty biggest economies in the world is just ten years away. The governments at all levels should be unsettling!

According to the Delta State Governor, Dr. Emmanuel Uduaghan while inaugurating the state steering committee on Vision 2020, he said inter-alia ‘in a fast-paced, globalised, post-industrial world, the challenge to catch-up is very daunting. We are confronted by gigantic undertaking of how to surmount our basic infrastructure gap, of poverty crisis, the human capital deficit and value reorientation. But the job must be done. For the faint hearted, it may seem an improbable dream to hope for a better future with such huge odds...we are anxious to leap from our third world status to a First World State’. The task is Herculean and demands focus, discipline and leadership from those in government.

Interestingly, countries, states, cities and urban regions are increasingly competing with other places for attention, investment, visitors, shoppers, talent, events and the like. Like Delta State, other states are constantly on road shows, doing all they can to direct the lean foreign investment coming to Nigeria to their states.

One of the four pre-requisites conditions for foreign investment identified by consultants at Baird’s CMC and the US Chamber of Commerce in a study on African Business Initiative is investment and maintenance of infrastructure-transportation, communications, electricity and security so that there will be a reliable society in which to operate. Infrastructure is the key!

Africa's most populous nation is in dire need of upgrading its infrastructure and providing new roads and housing to support a rapidly growing population of 150 million people. Its commercial hub and biggest city, Lagos, is in the process of completing its first toll road, a 50 billion naira expressway which is the country's first public private infrastructure project, while a spate of new hotels and apartment blocks have also sprung up in recent months reported the Next Newspapers.

Companies that provide infrastructure services are positioning to seize the moment. The Nigeria’s cement industry is gearing up for a sharp increase in output in the coming years as government and private sector infrastructure spending rises. According to the Cement Manufacturers' Association of Nigeria (CMAN), production was set to rise to 20 million metric tonnes by 2012, almost double the level expected this year and a figure which could turn the country from a net importer to an exporter.


Ndudi Osakwe
Posted by mycompanion at 3:27 AM No comments:

The shouting headline in many world news media including Nigeria's 234next, August 17, 2010 is this:

China has reached another landmark by edging ahead of Japan as the world's second-biggest economy after overtaking Germany as the largest exporter.

The change came in the second quarter with the Japanese Cabinet Office conceding China's economy is now bigger, with gross domestic product in the period of $1.337 trillion (£851bn) compared with Japan's $1.288 trillion.

Many people saw this coming. As a matter of fact, Economists agree China will become the world's biggest economy, the only difference is over timing. PricewaterhouseCoopers expects it to take the top spot from the US in 2020, while Jim O'Neill, Goldman Sachs chief economist, has plumped for 2027 quoted the British Newspapers, The Telegraph.

We have noted and reported in this blog on the bullish attitude of the Chinese in taking new business territories (and protecting it). Despite criticisms of Chinese foray into the African market, the trade relations between China and Nigeria is becoming significant noted Nigeria's Business Day Newspapers. The bilateral trade between Nigeria and China has grown steadily as the volume of trade between the two countries in 2009 hit $6.373billion, in favour of China.

Giving a break- down of the trade relationship between the two countries, the Consulate-general of the People’s Republic of China in Lagos, Guo Kun, said China’s export to Nigeria stood at $5.476 billion, while import from Nigeria was $0.897 billion. According to him, the figures represent an increase of 76.3% compared to 2008. “Yet I couldn’t stress more that China does not pursue trade surplus with Nigeria; China wishes to work with Nigeria to balance the trade. 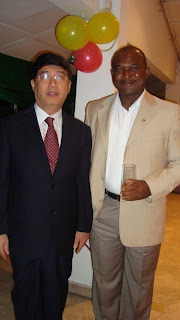 The most important reason for China’s trade surplus with Nigeria is due to the different economic structures of the two countries. Manufacturing is an important part of China’s economy, while in Nigeria, oil industry is the prime sector with very limited crude oil currently exported to China. This naturally creates the imbalance of the trade.’’ But Kun noted that the Chinese and Nigerian governments are committed to solving the problem by cooperation.

The Consulate-general stated further: “Our government always encourages Chinese companies to invest in Nigeria and provide subsidy, and grant preferential tax provision to companies which invest in Nigeria. Until now, China had invested 7.24 billion dollars and created more than 30,000 jobs for Nigerians. The Lekki Free Trade Zone is a very good example.” If this project becomes successful, Nigeria’s capability in manufacturing will be largely enhanced, and this will definitely contribute to Nigeria’s exports.

Now...do the Americans and Europeans care? The business potentials in Nigeria and Africa are too much to wave aside. Email us on inquiry@ibgnigeria.com for help.

SOURCE: Much of the information here was culled from Nigeria's Business Day Newspapers (www.businessdayonline.com).
Posted by mycompanion at 3:12 AM No comments: 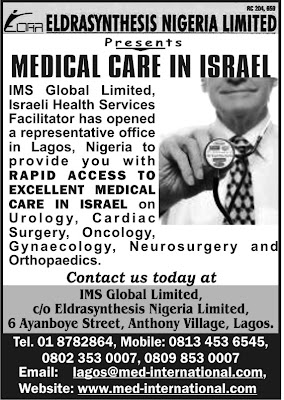 Do you know that Israeli physicians are responsible for much of the world's advances in medicine and medical technology, with many procedures, medical devices and software now used globally? Israel offers many advantages including excellent care at affordable cost.

No matter the type of treatment, IMS has the solution!

Your case is reviewed and evaluated by Israel's leading department heads and/or professors at no cost to you. IMS negotiated rates and contractual agreement with each medical centre stipulates that IMS clients receive the lowest possible price for their surgical procedure.

From first contact until return home, IMS takes care of you, your medical and personal needs as well as your loved ones accompanying you to Israel. Its services include helping with visas requests, arranging all ground transportation during your stay in Israel to all destinations, locating and negotiating hotel accommodation to meet your budget, engage professional guides to show you around the country and holy sites,offer translation services if required and provide you with personal assistance.

The Nigerian Representative Office (Eldrasynthesis Nigeria Limited) assists you in fast tracking the processes and serves as the liaison between you and IMS Global office located in Israel.

We wish to congratulate the government and people of Benin Republic as they mark their 50th independence anniversary.

To give the citizens reasons to celebrate, the government has to do more of the following:

b. place more emphasis on tourism,

Congratulations! You have our support.

Ndudi Osakwe
Infoplus/IBG Nigeria
Posted by mycompanion at 10:10 AM No comments: 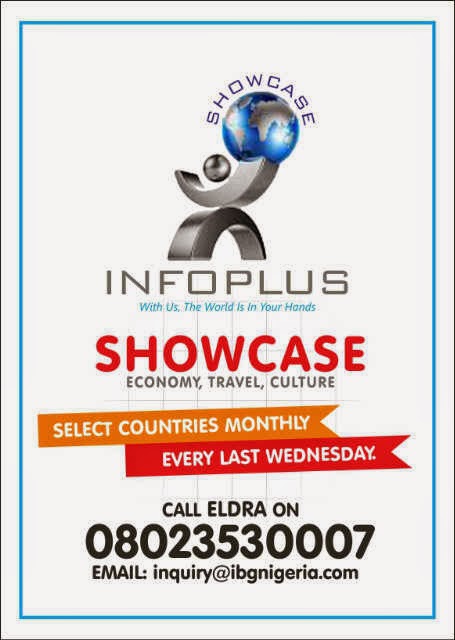 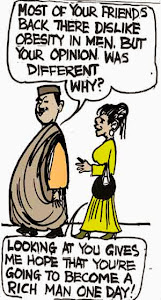 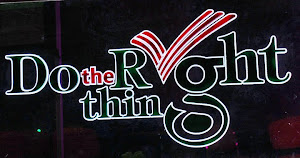 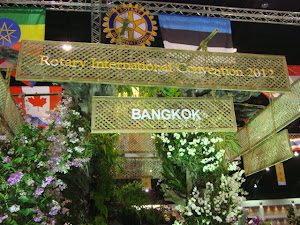 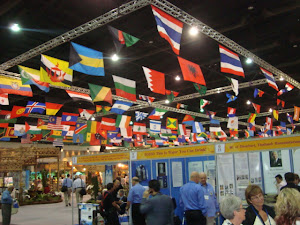 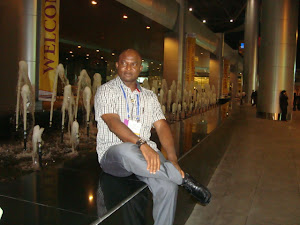 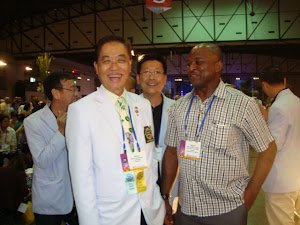 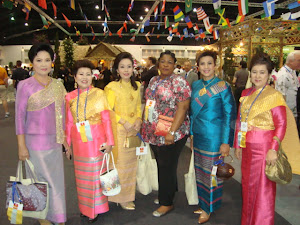 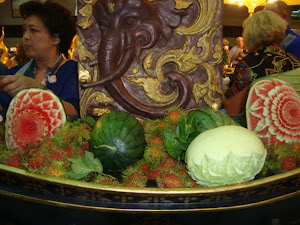 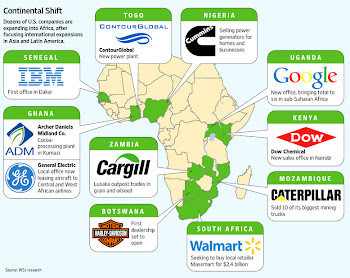 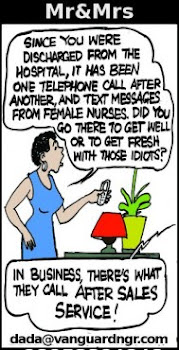 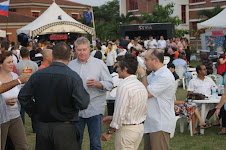 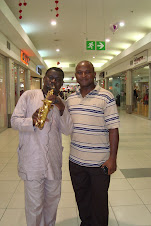 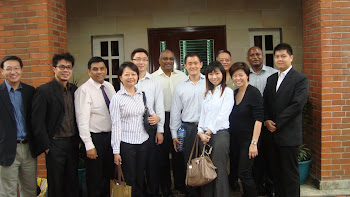 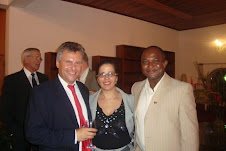 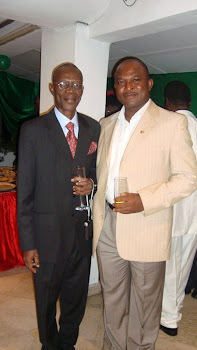 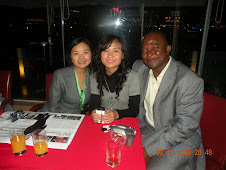 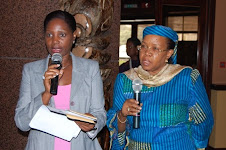 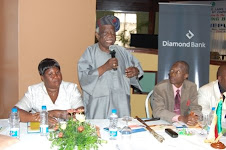 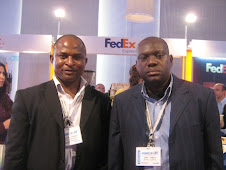 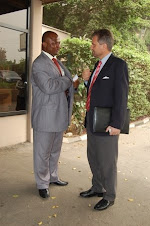 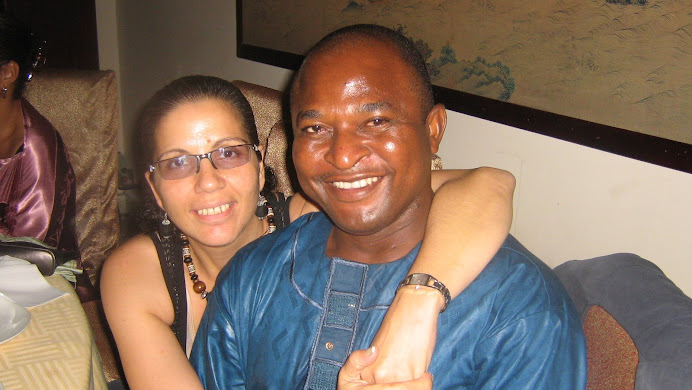